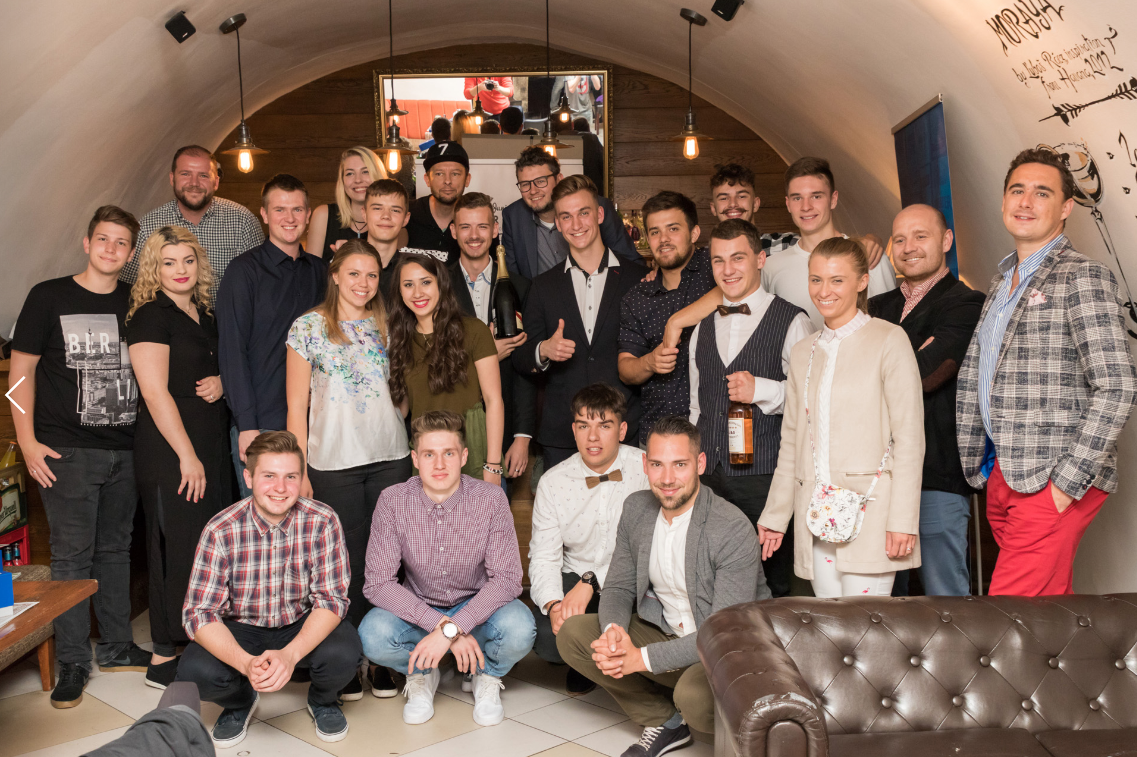 The Junior Bartender Challange is more than just a bartenders’ competition, it goes beyond that. Besides the youngest bartenders competing against each other still being students of vocational schools, we are talking about a complex program where the organizers share their knowledge all year long giving their time and expertise to these students within a wide range of schedule ranging from lectures and trainings to the 2-day finale itself, where they have the chance to show what they’ve got and make use of the skills competing against each other. The organizers, namely Karol Domisch from Pernod Ricard Slovakia,Luboš Končok (Leroy, Brewhouse, Piano, Banská Bystrica, SCA, Vínšpacírka) and Luboš Rácz (Barkultur, Záhir) have visited 10 schools, met with 200 students, traveled 1800 km throughout the nation and spent 60 hours at the schools to teach students something new on their future profession.

Students as well as their teachers being trained

Being organized for the 4th time, the event did offer a great deal of developments and novel ideas. Within the first round even the teachers had a first-hand experience of what their students are going through during the days of the finale. The organizers thoroughly familiarized them with the whole concept of the competition within a training back in October and introduced them to a training which their student were going to attend. Great importance was placed on a reminder of what and how the most time should be focused on in the education process of new bartenders, how to motivate and incentivize them to improve and eliminate opportunity areas.

Besides the above mentioned, this year all students had the chance to attend an extra training right at their school under the supervision of Jameson Ambassador Viktor Miško and the Becherovka Ambassador Marek Polomský who eagerly revealed everything there is to know about the given brand they work for as ambassadors. They could successfully make use of the practical skills and knowledge gained, in the grand finale which followed afterwards being organized as a rule in Banská Bystrica.

Ladies and gentleman, the first prize goes to Prešov

The students competed in 4 disciplines in the 2 days of the grand finale in Banská Bystrica which were designed to put the bartending skills and knowledge of every participant to the ultimate test. The last discipline made them put their nose to the grindstone. Students were assigned a task to dream up and prepare a drink to the judges out of a randomly selected ingredient, a credit of €10 available to purchase some other and an alcohol base provided by Absolut Vodka, Beefeater, Jameson, Havana Club, Olmeca,Chivas Regal, Becherovka. The judges came up with the verdict that the drinks did really represent exceptional quality. „The drinks were well balanced, possessed quality, inspiration and were named originally, and last but not least they did taste awesome. To sum it up, they had all the attributes, one would expect from cocktails made by professionals with long years of experience under their belt in upscale bars,“ as Karol Domisch from Pernod Ricard put in his two cents assessing drinks speaking for all judges.