Good times from a good place 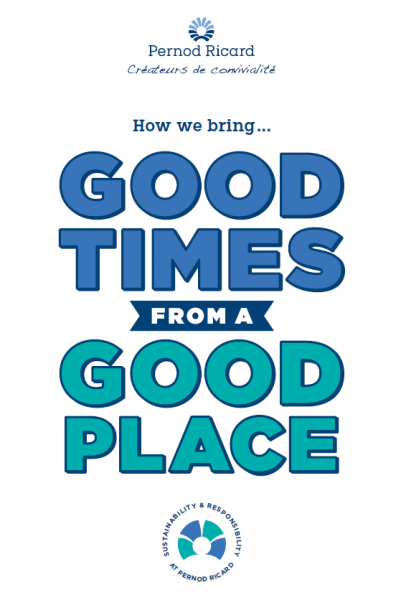 Pernod Ricard is launching a Plan for Sustainability & Responsibility 2030

The company’s 8 key business commitments from grain to glass.

The Pernod Ricard Group with Pernod Ricard Slovakia being its subsidiary is going all out to commit to sustainability as a focal point of conducting business. So the Group is introducing its Plan for Sustainability & Responsibility 2030 as a component of its strategic plan – Transform & Accelerate. This plan has stated 8 pretty ambitious, but concrete goals to be achieved by 2030 being in conjunction with the United Nation’s Sustainable Development Goals.

Ever since its inception, Pernod Ricard has always been committed to sustainability making it its core value. More than 50 years ago the founder of the Group established an oceanographic institute that contributed to ocean preservations. Since 2010 Pernod Ricard with all its products in its portfolio has also been actively engaged in facilitating several measures to significantly achieve environmental goals.

“Based on the these above mentioned success stories, the 8 key commitments within sustainability and responsibility rests on 4 key pillars which are as follows: Nurturing Terroir, Valuing People, Circular Making, and Responsible Hosting,” citing Erik Čížek, the CEO of the Slovak Affiliate and explaining further: “These pillars reflect on the essential questions that currently concern not merely Pernod Ricard, but the whole world whether we are addressing pressing issues like climate change, human rights or waste reduction. We are absolutely confident that via the change initialized by individuals through companies and entrepreneurships all the way to communities and whole countries we will manage to exert maximum effort to achieve the best of times for both our company and the planet.”

In an effort to support the launch of the new strategy, Pernod Ricard has shot a film which had all 52 of its proud employees join it. Check it out by clicking here: https://youtu.be/H2lmZ59rO_s.